I arrived in St. Petersburg yesterday. Unfortunately I lost my auntie on the way through immigration, so I didn’t get to say goodbye. Instead I was turned loose on the Russian society straight away… 😉
I arrived with directions to my nice couchsurfing host Natalia on my cell phone, and I managed really well. By the time I got here, I got to try a ride in an old, worn out minivan, find the Metro, change Metro trains and finally go by tram. I have no idea exactly how often the metro and the tram leaves, but I haven’t waited more than 3 minutes for either, even when I just lost the previous one!

When I got here, Natalia wasn’t home yet, but she had left the keys to her apartment with her neighbour(!) so I got in with the help of a really nice boy who spoke not a word of English.

By the time my host arrived, I’d found the local grocery shop and done some shopping, and that’s about it. She had another visitor with her as well, a friend and fellow Piter (that’s St.Petersburg) couchsurfer, Maria, whose apartment is being renovated. We had a nice chicken dinner with white wine, and talked for hours before going to bed.

Today I woke up late, had breakfast, took the tram and metro downtown, and walked around Piter the whole day. My feet are killing me right now, but it’s been really nice. I walked around the Petrograd side for a while, just looking at the architecture and life in general. I then went to the St Peter and Paul Fortress, and went inside the St Peter and Paul Cathedral. Then I walked to St.Isaak cathedral, where I met Natalia, and we went up on the 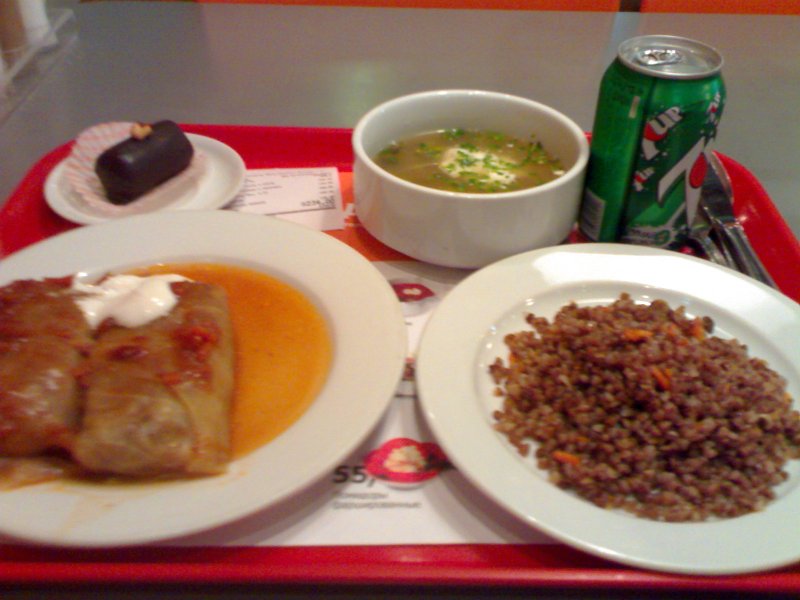 colonnade around the Cupola together. After a truly Russian meal of soup and cabbage rolls with buckwheat, I walked around a bit more, around the Nevsky Prospekt. I went by the Church of the Savior on Spilled Blood and got a view of the beautifully lit church at night. I walked through the Gostiny Dvor, (a shopping mall from 1750) saw the massive statue of 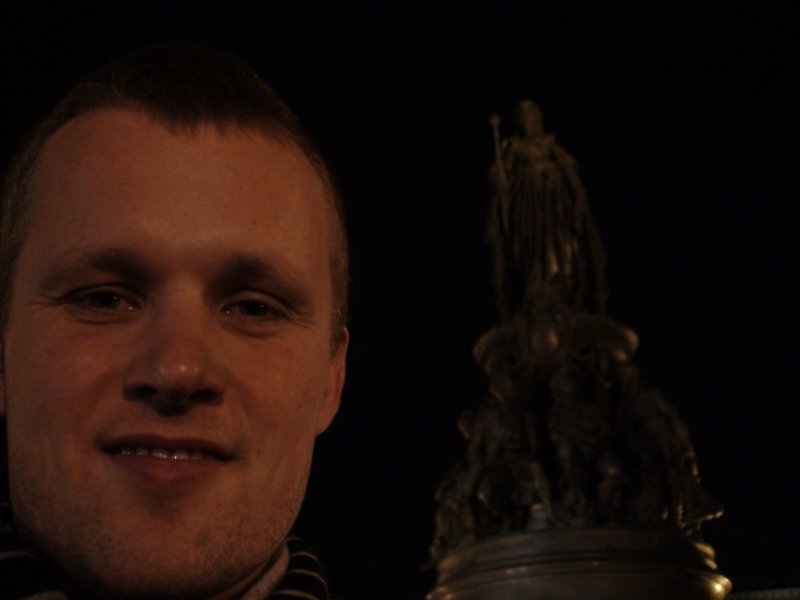 Catherine II in Ostrovskogo, the bell tower of the City Duma, and even managed to catch an orthodox mass in the Kazan Cathedral!

The Cathedral of the Icon of the Virgin of Kazan is very obviously strongly inspired by St Peter’s in Rome, although it’s a lot smaller. It even has the semi-circular colonnade in front! As I entered, I heard the chant of an orthodox priest, and as I approached the area where they held mass, I saw a small group of people standing there, turned towards the priest who was standing by a lectern, all making the sign of the cross at the mention of certain words in the chanted text. Soon a small choir, hidden on a balcony high up on the wall at the back, started singing replies to the priest, with beautiful harmonies.  After some time, another priest came around with the incense, before the mass continued. At the end, people gathered close to a priest that stood on the steps in front, and he said something that he had in handwriting on a piece of paper, possibly a sermon or an explanation of sorts. After that people started leaving, and a few came up to him and said a few words, then he put his hand on their heads and said something, before they kissed the air above his hand. I’m not sure whether it was a blessing or a forgiveness of sins, or what, but it looked like a very nice, personal and informal ritual. I didn’t understand anything that was said throughout the mass, with the exception of the occasional “Bog” (God) “Gospodin” (Lord) and “pomolimo” (pray) but I stood there with the others, making the sign of the cross and bowing in respect whenever they did. It felt nice to get out of the traffic and the noise and the stressed out crowds, and come into a holy place for an hour.

After the mass, I strolled along the Nevsky prospekt, up to the Palace Square, with the huge Alexander Column. I realized that I was quite far away from any Metro station, so I again crossed the Neva and actually went back to the same station I got off on earlier. Even though my feet were aching by then and I REALLY didn’t feel like walking anymore, I was lucky to get a beatiful view of the Hermitage and the rest of the waterfront by night from the Dvortsovy bridge across the river Neva, on the way to the station.

Natalia and Maria convinced me I should head down to Novgorod for a couple of days, on my way to Moscow, so I’m now trying to get someone there to host me on short notice… fingers crossed!