The Latin American party rather turned out to be an info-evening, where Latin American students at the university of Kazan presented their country. It was kind of fun, because I never expected to see something like that in Russia, and also it reminded me of my time in the United World College of the Adriatic in Italy, where such things were rather commonplace. It wasn’t a party, however, so Pavel and his friend and I went to a restaurant after a while, had some REALLY GOOD Italian pizza and some beers. Afterwards, they showed me the town, and helped me by tickets for Ekaterinburg. 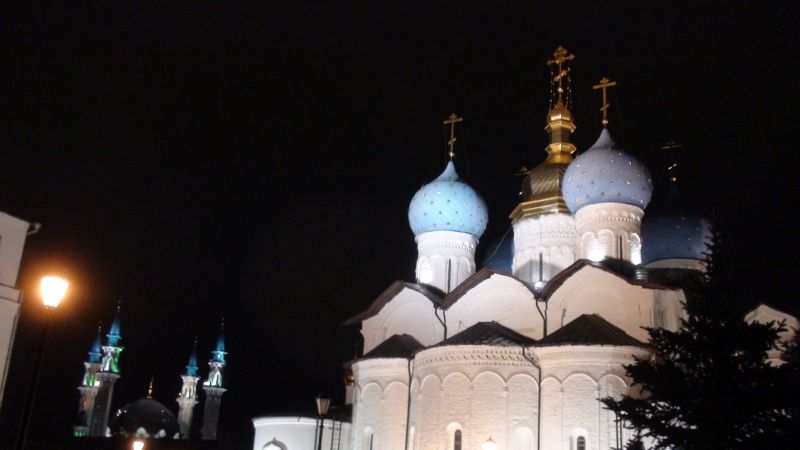 The next day I spent the morning trying to contact my host in Ekat, and surfing for a host in Irkutsk. I went around town by myself, and Kazan’s a really beautiful city. I went around the old Kremlin for a while and took some pictures. Like the heading in my previous post hints at, Kazan is a multireligious place. It is the capital of Tatarstan, and the Tatars are Muslim. About half of the 1.1 million inhabitants are of Russian ethnicity, and they are of course Orthodox. The result is that inside the Kremlin, the heart of the city, are both the beautiful Kul Sharif Mosque, and an Orthodox church, side by side! 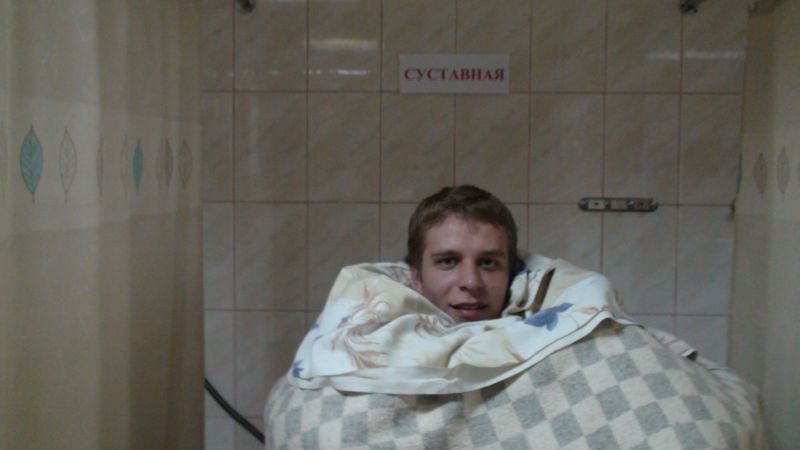 In the evening, Pavel showed me a really interesting place. It was a sort of bath house, where we were first put in big barrels, where only our heads stuck out. There we were steamed with herbal steam, like veggies in a pot, until we were nice and cooked. They even measured our blood pressure both going in and coming out… Then we were led out, served herbal tea made on the same kinds of herbs, and ordered to lie down under heavy blankets to keep the heat from the barrels while we drank. After a while, some big Russian men came and gave us a massage that could knock the wind out of a medium sized rhino… An experience I won’t soon forget!

My train left Kazan at 2:28 am, so we sat up with some beer and snacks and watched The Simpsons on my laptop(!), and then Pavel even followed me to the train in the middle of the night! An exemplary host, he was amazingly helpful!

When I arrived in Ekaterinburg, I still hadn’t managed to contact my host, so I took the metro downtown, and went to an internet cafe where I posted an emergency message on the CS Ekaterinburg forum. After about an hour, I was contacted by a girl who could host me with her family, and then immediately after, my original host called me! One of her cs friends had seen that I couldn’t get in touch with her, and called her. It turned out she was having troubles with her cell, so we couldn’t call each other!

Today I am looking around town, and a nice surfer just came to meet me, so now I’m off.

(If you’re wondering about the title, look up Ekaterinburg on Wikipedia…)