The past couple of days I’ve spent in my hostel. Eating western food in the hostel restaurant is the likely culprit… I should’ve known better, I guess, but I just needed a change from rice and noodles. At least I didn’t get the tourist runs, but I’ll tell you; gas pains are almost as bad! I had lots of green tea today, to make it go away, and I’ve been eating fried rice to get my system something to work with again, after two days of eating next to nothing… Anyway, enough about my digestive troubles. 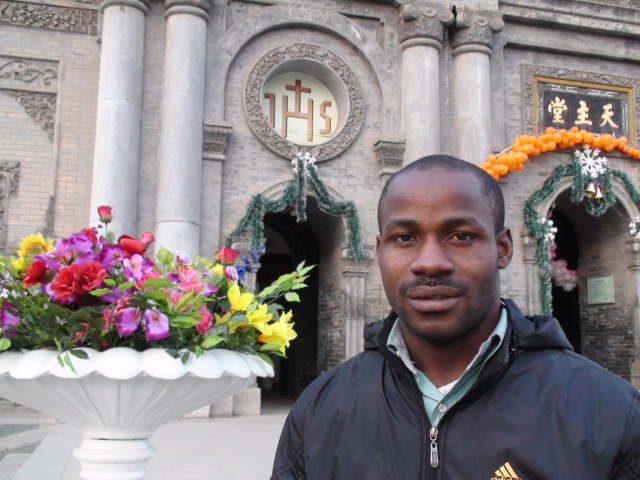 Today, I was sitting in the common room of the hostel, googling churches in Xian, because it is Sunday and I wanted to go to mass. I was unable to find an address, so I’d just about given up, when a guy came up, introduced himself as Collins, and asked if I wanted to play a game of pool. When we’d played a couple of games, he asked me if I wanted to go to church with him! 😀 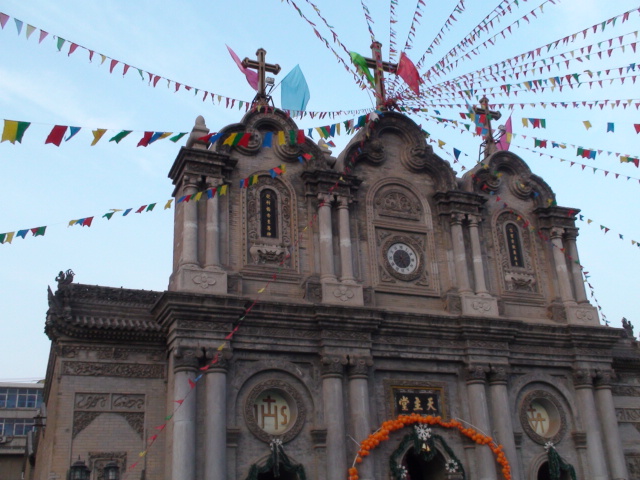 Turns out he’s a catholic from Ghana, who’s been teaching English here for three months. I went with him to one of the four churches in Xian.  The church was a 300 year old cathedral (which means it is the church where the Bishop resides) called Cathedral of Saint Franciscus,  and the mass was in English. They’d had two masses in Chinese earlier in the day, and the one I went to was mainly for foreigners. The priest was Chinese, but there was also a Mexican Father visiting today, and he held the sermon. They were a very friendly bunch, and I got a few greetings on tape, and a nice little clip of the Chinese priest playing football with the kids outside  after mass. 🙂