Today I went to the Kazan cathedral again, to try to locate a priest or something who speaks English. I figured I’d try to get an interview about the youth work in the orthodox church in Piter, for my little video project, and maybe also get permission to film inside the cathedral. (Which is strictly forbidden, but I thought maybe, since it’s for a church…) My host gave me a note in Russian, which explained what I wanted, and I took it to the cathedral. After a while, they found a priest who spoke a little French, but seeing as my active French vocabulary can fit on two lines, it didn’t do me much good. We managed as much, however, as establishing that an English speaking priest would be there in about two hours. 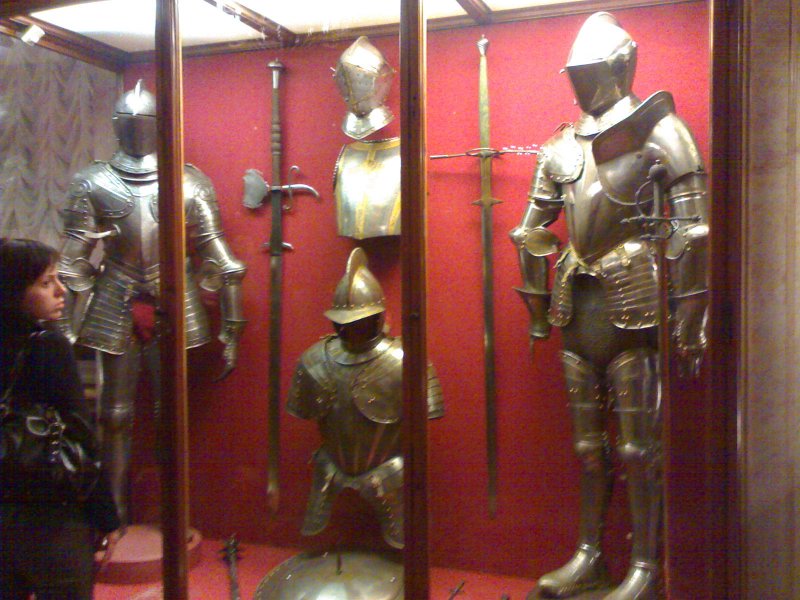 So I walked up Nevsky Prospekt, spent a couple of hours in the Hermitage (looking at art and old stuff, I might say something about that later), and returned to the Kazan cathedral. One block up the street I found a Lutheran church, that had a gathering later that night, so a plan started forming in my mind, making a little piece that could maybe compare the little lutheran church and it’s work with the big orthodox cathedral across the street.

When I got back to the cathedral, it had been about two and a half hours, but there was a mass at the time, so I waited till it was done, and then presented my little note again. It turned out that the guy who spoke English had NOT been taking part in the mass, and had left ten minutes earlier, while I’d been sitting in on the mass. I got contact with one of the priests, however, he might have been about my age. His wife spoke English, so he called her, I explained to her what I needed, and she in turn told him, who answered her, and she told me that there was an English speaking deacon, Father Georgy, who was the one who’d just been there. The priest got my number, and would ask Father Georgy to call me, so we could set up a meeting.

With that promise, I went across the street to the St.Petri lutheran church, and found the meeting they were having. There were a handful of people in the youth room upstairs in the church, and they were having Taizé prayer in both Russian and German. I joined in, and with my rather limited German managed to follow the program. After the prayer, they had tea and cookies, and they were very curious who this stranger was. The youth pastor there, Tatiana, told me about the congregation and their work there, and she and her colleague Elena agreed to tell me a bit about it on tape. Tatiana was also interested in getting in touch with my congregation back home,  and explore possibilities of further contact! She struck me as a genuinely enthusiastic person, with a burning desire to do new things to keep building the congregation, in other words a wonderful youth pastor! I will certainly pass on the contact info and wishes!

Unfortunately Father Georgy never called, so I’m not entirely sure what to do with the takes from St.Petri in St.Petersburg, but I will keep them, and see if I can find another way of using it.

St.Petersburg, November 13 – Guided by  my host

When I got home last night, I was home alone, because my host was in Uzbekistan. (She’s a flight attendant) She got back early in the morning, and went straight to bed. When I got up, I took a good long time, because my feet have become a little sore from all the walking, so I didn’t want to get right back out. In any case, I was waiting for a phonecall from Father Georgy.

Since Natalia’d had night shift, she had the day off, and we spent it together. She helped me get to a medical office so I could get my second dose of Hep B vaccine, and we went to look for the office of Privjet in St.Petersburg, in case they could register my visa. (It was the office of a partner of Privjet, and they couldn’t)
We had dinner at a restaurant, went home and brought some beers, and watched the movie Mongol.

Today was YET ANOTHER late morning. It shouldn’t be that hard to adjust to a two hour time difference, should it? Anyway, I went to the bus station, bought a ticket for Novgorod, had to wait an hour for the next bus, and now I’m here.
My host Aleksej picked me up at the bus station, and took me home to where he lives with his family. They seem really nice, and they want to do everything for me, and Aleksej tries to make them relax… 🙂

Once again I’ve forgotten that it’s later than it feels, and I’m putting down my computer a little before 3 am…