I am currently sitting with my eee in the public library in Arendal, watching the snow quickly melt away as the sun is shining brightly through the pouring rain(!) 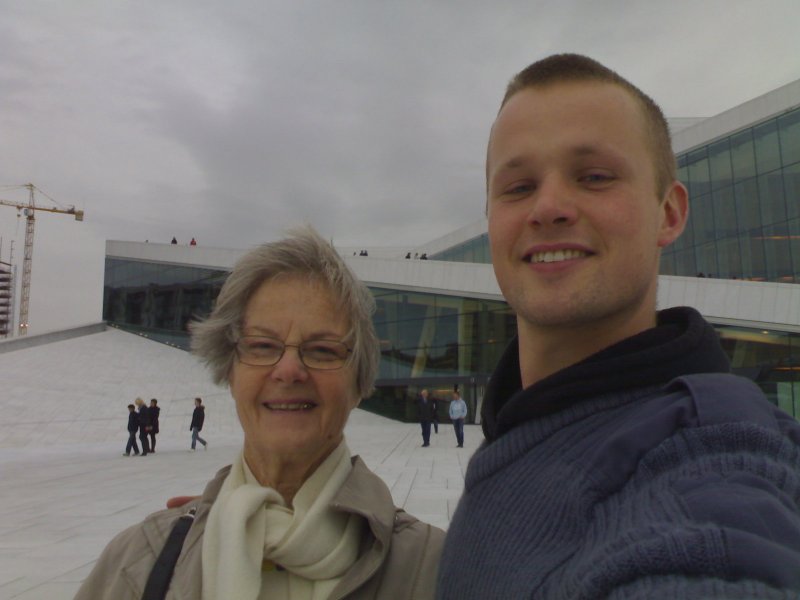 This weekend I went with my grandparents to Oslo. We visited my cousin Simon, who turned seven on Friday. 🙂 It’s almost a little embarassing, but that was the first time I’ve ever been at my aunt and uncle’s (Anne and Ånen) place… It was really nice seeing them, though. I spent much of the weekend with my cousin, helping him build his new Star Wars lego sets! I also went to see the new opera house in Oslo with my grandma. It’s been hyped a lot, but it is actually a rather architectually fascinating building!

I am staying with my paternal grandparents in Arendal, which is something I haven’t done in ages. Yesterday I bought a Lonely Planet guide to the Trans Siberian Railway. I’ve been browsing it just a little, but it looks like a really useful book. After I’d been to town to buy the guide, I had dinner with my maternal grandmother. It’s good to be able to spend time with my family before I leave!

I am still not entirely sure when I’ll be leaving for St. Petersburg, but most likely it will be late next week. My passport now has a Russian, Mongolian and Chinese visa, and it’s going to the Nepalese consulate tomorrow or the day after. There was a little hickup, because it turned out to be impossible to get a Chinese visa after first getting a Nepalese one, and the Chinese visa does not allow entrance into the Tibet province. I’ll have to apply for entrance into Tibet when I am in China. Also, the Nepalese consulate does not have any set office hours, but Helge from Privjet will try to get hold of the consul tomorrow, so he can give him my passport directly instead of mailing it. This in order to save a couple of days in the mail. I will contact my cousin in Oslo about when I’ll be getting there as soon as I know myself.

This afternoon I’ll be having dinner at my grandparents’ place, with another uncle and aunt, my father and my maternal grandma. (I said goodbye to my mother last Friday, before I left for Oslo. She had to go back to Vanse, but my father is working in and around Arendal this week.)